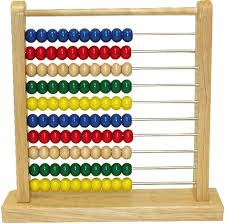 zero was first invented by muslims…….n 976 AD the Persian encyclopedist Muhammad ibn Ahmad al-Khwarizmi, in his “Keys of the Sciences”, remarked that if, in a calculation, no number appears in the place of tens, then a little circle should be used “to keep the rows”. This circle the Arabs called صفر ṣifr, “empty”. That was the earliest mention of the name ṣifr that eventually became zero.[8]

Italian zefiro already meant “west wind” from Latin and Greek zephyrus; this may have influenced the spelling when transcribing Arabic ṣifr.[9] The Italian mathematician Fibonacci (c.1170–1250), who grew up in North Africa and is credited with introducing the decimal system to Europe, used the term zephyrum. This became zefiro in Italian, which was contracted to zero in Venetian.

As the decimal zero and its new mathematics spread from the Arab world to Europe in the Middle Ages, words derived from ṣifr and zephyrus came to refer to calculation, as well as to privileged knowledge and secret codes. According to Ifrah, “in thirteenth-century Paris, a ‘worthless fellow’ was called a ‘… cifre en algorisme’, i.e., an ‘arithmetical nothing’.”[9] From ṣifr also came French chiffre = “digit”, “figure”, “number”, chiffrer = “to calculate or compute”, chiffré = “encrypted”. Today, the word in Arabic is still ṣifr, and cognates of ṣifr are common in the languages of Europe and southwest Asia.

Another epithet given to him by al-Ṭabarī, “al-Majūsī,” would seem to indicate that he was an adherent of the old Zoroastrian religion. This would still have been possible at that time for a man of Iranian origin, but the pious preface to al-Khwārizmī’s Algebra shows that he was an orthodox Muslim, so al-Ṭabarī’s epithet could mean no more than that his forebears, and perhaps he in his youth, had been Zoroastrians.